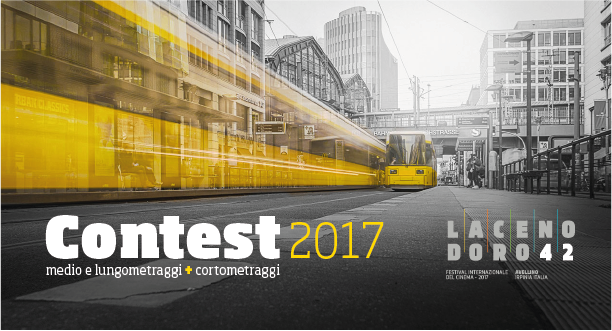 The short-movie contest Gli occhi sulla città has been the core of Laceno d’oro Festival for the past three years. Since 2017 edition, the formula changes. The Festival bets on a double-line competition, one for full-lenght films (and medium), and another one for short-movies. Anyway, the core and the basic idea behind Gli occhi sulla città remain the same. Cinema and urban spaces, a subject specifing and carachterizing our observation point; at the same time, these two topics allow a wide range of cinematic approaches. The main goal is to think about urban transformations, their social consequences, their style and expressive changes, also their influence on our thoughts and imagination. The contests are open to any films, regardless of genre and nationality, capable of reflecting and reinventing urban spaces; perhaps movies influenced by city or townscapes, able to hypothesise production and distribution methods tightly bond to the enviroments thy’re set in. Works that manage to tell something about past and present cities or towns, even films that attempt to imagine possible and impossible perspectives of a future city; Works in relationship with architecture, politics, city planning, or “simply” using the city/town as a/the carachter of their stories. Abel Ferrara, born in New York from Italian family, is the director of King of New York, Bad Lieutenant, The Addiction, The Funeral. After the period which anointed him the cursed filmmaker and the storyteller of the big city tragic slums seeking redemption, undertakes an experimentation and a formal research which lead him to engage in documentary, such as Napoli Napoli Napoli, Chelsea on the rocks, the recent Alive in France. He’s currently living in Rome, where he shot Pasolini and the doc Piazza Vittorio, about his neighbourhood. Ross Sutherland is a performer, poet, author and director from Edimburgh. He works for cinema, theatre, radio and television, in channels such as Channel 4 and BBC. He’s the author of Stand-By for a Tape Backup, first theatre monologue then VHS mixtape film experiment through which he collected awards from International Festivals. Also, he’s the author of Hyakuretsu Kyaku, poetry collection dedicated to characters from the famous videogame Street Fighter 2.

The call is open to fictions and documentaries, regardless of genre, produced and shot in any video formats, completed after 1/1/2016.

The subject is cinema among urban spaces, declinable with total liberty. Contestants are allowed to resort to an “exclusively” narrative tone, but also urban, architectural, political and socialogical accents are permitted. Nonetheless, every work will have to deal with urban pattern, questioning about cinema capacity to tell, describe or even “predict” and outline contemporary cities transformations, their scenarios, perspectives and issues.

Works with a previous release in Italian cinemas or any online distribution, like streaming, in the Italian territory, will be excluded. National Previews will be privileged.

Works will have to reach us according to the “registration” details, included in this call, not later than November 25 2017, on pain of excluding.

Candidates can register by filling the form on the Festival official website: www.lacenodoro.it (see below)

Any questions regarding registration procedure will be answered by the administrative office (info@lacenodoro.it).

As far as selection is concerned, works must be uploaded on a video sharing platform (youtube, vimeo, etc.), privatised or not indexed, if possible downloadable (in case there were a password to the link, please let us know by inserting it in the form, along with the link to the video). The link must be active, at least, until December 1.

In the reckoning of the call time-limit, November 25 2017, what matters is the date on which the registration will be submitted.

Authors and/or Producers are accountable for their own work contents and declare, by enrolling in the Festival, they have fulfilled any obligations with third parties in terms of copyright.

Among the received works within the time limit and the ways laid down in this call, we will select 7 full-lenght films and 15 short-movies at most, on the commision’s general terms and conditions (all the commission members are part of Circolo ImmaginAzione, a circle of film culture). In case of authours partecipating in the contest with more than one piece of work, only one will be taken into account.

There is no rental cost for the films selected in the competitions.

As far as full-lenght films are concerned, the screening format is DCP. Other formats must be agreed with the Festival administration. The film screening copy, along with a spare Blu-ray, will have to reach the Festival location not later than December 3, following the instructions provided by the Festival organisation. The copy must be sent to the following address:

As for the short-movies, the screening file must have a minimum resolution of 1920X 1080 in the formats AVI, MOV, MP3, MPG. The Festival organisation may reserve the right to ask for a PAL format DVD.

In case the film needed subtitles, we must receive the complete list of the dialogues and the list of subtitles (if applicable) in one of the following languages: Italian, English, French, possibly in srt. Format or with any reference to the timecode.

As for the drawing-up of a catalogue, short information about the film, the author, the production, the plot and some photographs will be recquired.

Postal and delivery costs of the film screening copy will be incurred to the sender. As far as the return is concerned, Laceno d’oro Festival shall bear the cost from Avellino to any destination place. If, after the screening at our Festival, another Festival were to require the copy shipping, postal and delivery costs will be charged to the applicant. In any case, Laceno d’oro is intended to cover the cost of one single transport of such copy.

Selected films will be shown to the audience during the Festival Laceno d’oro 2017, which will take place in December, in Avellino. Screenings will be held in accordance with the timetable laid down by Festival organisers, but authors will know about them in advance.

Circolo ImmaginAzione will select two juries (one for full-lenght films, one for short-movies) composed of artists and experts in the field. The juries will evaluate the selected works according to their film and aestethic qualities, their style originality and their interpretation of the given subject.

The awards consist of:

By enrolling in the Festival, Authors and Producers accept all the rules in this call.

The Authors and Producers, while remaing, to all intents and purposes, fully holders of their rights to their works, grant the film culture Circolo ImmaginAzione the right to project their films for free, in the context of Laceno d’oro Festival, as well as in other cultural events through which the Association intends to promote its activity. Furthermore, the Authors grant the film culture Circolo ImmaginAzione, for free, the right to use one or more images taken from their works in order to promote the Festival and other forms of communication and activities linked to the Association, with the sole requirement to quote the artist.

The film culture Circolo ImmaginAzione reserves the right not to publish or expose defamatory and lewd works or texts, or considered to be such.

The Authors and Producers, by participating in such competition, declare to be in possession of the rights of use of any music or non original video clips present in the film. The film culture Circolo ImmaginAzione accepts no responsability regarding the violation of any rights or release forms by neither the works selected or their authors. Besides, The Authors and Producers authorize film culture Circolo ImmaginAzione to process their personal data under Law 675/96 (Privacy Act) as amended D. Igs. 196/2003 (Privacy Code), also to include them in databases run by individuals referred to above.

Any dispute will be dealt in Italy and according to Legge Italiana (Italian Law) and the competent court of Avellino.

Share on FacebookShare on TwitterShare on Linked InShare by Email