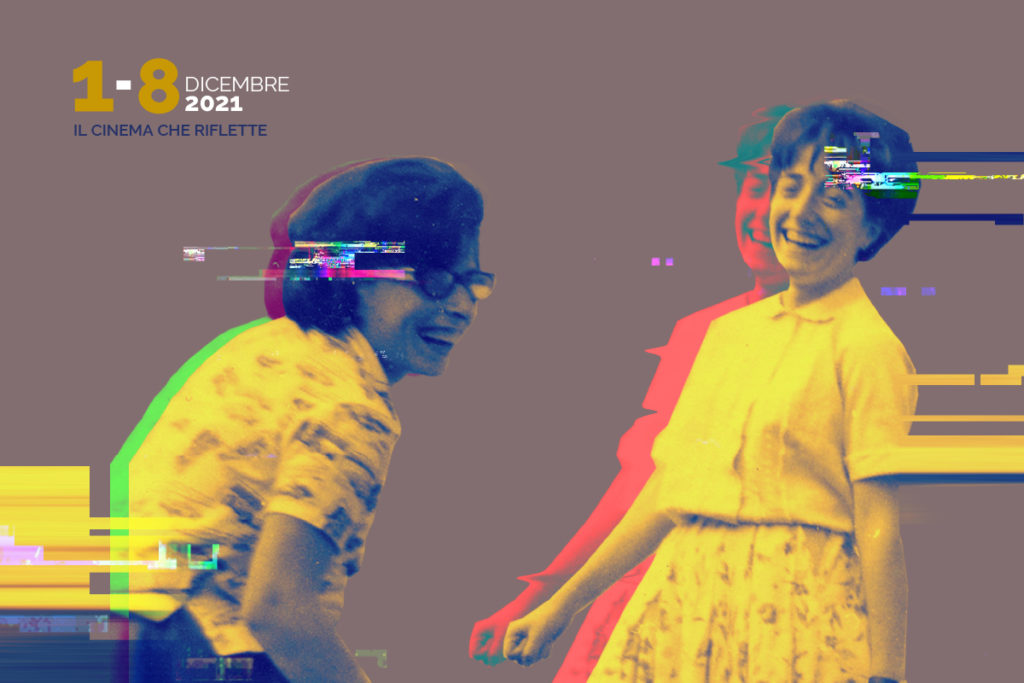 is an Italian director. In 2015 – with Michele Salvezza – she founded Kinetta, a cinema-oriented cultural association. She studied video editing and post-production by herself and worked as an assistant on the short films OvoSolo (2013), YouBorn (2014), selected at the Bogotà Short Film Festival, and Gioventù Ribelle (2015). In 2016, she worked as an assistant director and editor on the short film Faithness. Among her short films: I Bambini Terribili (2017), As they were ghosts (2018) and Domani Chissà, Forse (2019).

is an Italian producer. In 2009 he founded Kimera Film – with Paolo Bogna, Simona Giacci, Laura Tosti and Ermanno Guida – a production company that immediately stood out for the debut movie Et in terra pax by Matteo Botrugno and Daniele Coluccini, which in 2011 received a special mention during Nastro d’argento awards. The company has produced several important documentaries, including Bertolucci on Bertolucci by Luca Guadagnino and Walter Fasano (mention Nastri d’Argento 2014), L’anima del Gattopardo by Annarita Zambrano (presented at the Taormina Film Fest 2014). At the 2015 Venice Film Festival, Kimera Film presented the documentary Alfredo Bini, ospite inatteso, winner of the Nastro d’Argento for Best Documentary on Cinema, and the film Non essere cattivo, the last feature film by cult director Claudio Caligari, distributed by Good Films. The movie was chosen to represent Italy at the Oscars as Best Foreign Film, and nominated for 16 David di Donatello. In 2018, he produced Valerio Mastandrea’s directing debut, Ride.

is an Italian journalist. He graduated at Dams and took part in major Italian festivals; then he became a film critic, writing for Quinlan magazine and collaborating with Sentieri Selvaggi. He founded the website Cinelapsus, and he also works as an author on videoclips.

is an Italian producer. She attended a documentary intensive workshop of many weeks organized by MACMA, Il cinema del reale in Montevarchi (AR). Between 2011 and 2012 she works with director Mario Balsamo in the role of assistant director in the film We are not like James Bond (or. title Noi non siamo come James Bond). Since 2012 she’s member of MACMA based in Tuscany and Nova Skola based in Rome. She works with director and dop Andrea Foschi and author, editor and producer Tommaso Orbi. Since 2013 she works in most of the audiovisual activities of MACMA, from training projects on documentary cinema, like Dallo sviluppo al pitching, to public events like Festival Sguardi sul Reale, to documentary and audiovisual productions, like Setteponti Walkabout by Gianfranco Bonadies, Gianpaolo Capobianco and Michele Sammarco, in collaboration with Valeria Tisato (i-doc) and Waves (or. title Pratomagno) by Gianfranco Bonadies and Paolo Martino (short), covering many roles from the research of fundings, to writing, organization, shooting, editing, production and distribution to festivals. Since 2021 she’s part of 15 06 APS, association based in Campania and works in the production department of festival EUROPA Cinema al femminile and, during distribution, of documentary film Women of the Land (or. title Donne di Terra) by Elisa Flaminia Inno.

is an Italian producer, director, anthropologist and journalist. His works are always accompanied by in-depth research and a sensitive vision to the issues of social justice, human rights and eco-sustainability. Parsifal collaborated in several International documentaries – Cuba, Vietnam, Indonesia, Argentina, Cameroon, Niger, France – for different broadcasts and customer as Arté, FAO, RaiStoria. He trained at the Escuela Nacional de Realizacion Cinematografica in Buenos Aires and in Rome as executive producer. In 2011, he produces and directs his first short documentary movie, Mas allá de la Santería, concerning a medical anthropology research project, about HIV prevention and therapeutic pathways in Cuban Santería. In 2015 co-directs the documentary Rezeki, telling about gold and stone mining in Sumatra, the project has been funded by European Project SEATIDE and University of Milano Bicocca. In 2021 co-produces Il Cristo che trascende la fede, a Brasil-Italian co-production, about the 90th anniversary of Rio de Janeiro Christ statue. Actually is producing and directing a documentary in Vietnam about women workers’ rights.

is a Swiss director. He graduated in film studies from the École Internationale de Création Audiovisuelle et de Réalisation (EICAR) in Paris. He currently lives and works in Lugano. His work combines a narrative approach with documentary cinema and is structured around the theme of marginality. His short films have been presented at various national and international festivals, including Locarno Festival, Solothurner Filmtage, Torino Film Festival, Festival dei Popoli, FilmmakerFest, Laceno d’oro and Les Rencontres Internationales Paris/Berlin.

is a Kosovar filmmaker. Her short films have competed in film festivals such as AFI Fest, Cairo IFF where she won The Jury Special Prize, Tampere FF, Manhattan Short FF, Florida FF, International Short Film Festival Oberhausen, Edinburgh FF. In 2020 she made her debut feature film entitled Andromeda Galaxy, awarded at the San Sebastian Film Festival with the Glocal in progress award, which is assigned to films in post-production. She currently works as a teaching assistant in filmmaking at the Faculty of Art of the University of Prishtina.

is a Georgian director. He studied at the German Academy of Film and Television in Berlin, then made his debut with Colophon (2015), his first short film, presented in Oberhausen. His second feature, Let the Summer Never Come Again (2017), was presented at Critics’ Week in Berlin and at FID Marseille where it won the Grand Prix of the International Competition. With his latest film, What Do We See When We Look at the Sky, he took part at the Berlinale and obtained both critical and international acclaim.

(Fano, 1965) has been making films in the form of a journal since 2000, also working on photography, sound and editing. The Videodiari series stemmed from this method, which focuses on a first-hand visual story; among these “Da Lontano,” winner of Spazio Italia section at the Turin Film Festival 2002, where he later presented the feature film Flòr da Baixa. In 2012 he took part in the “Cinema Corsaro” project – conceived by Quarto Film with the support of Rai Cinema and Raitre Fuori Orario – with the movies “Il fiume, a ritroso” (Rome Film Festival) and “Carmela, salvata dai filibustieri (co-directed with Giovanni Maderna, and presented at Venice Film Festival, Giornate degli Autori). In 2013 he competed at Locarno Film Festival with the movie “Attesa di un estate”, the first chapter of the holiday trilogy. In 2020 with the feature film “Giorno di scuola” he won Laceno d’oro international competition. In recent years he worked on two series, Vaghe stelle and Le passeggiate, which are currently being completed.