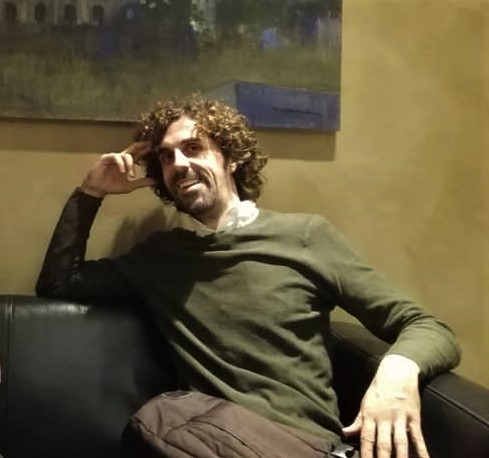 As summer goes slowly by, Laceno d’Oro Festival is warming up the engines for next edition in December. Waiting for all guests and films to be announced, we cannot fail to mention all the artists who have already been with us in previous years, sharing thoughts, recalling memories, and talking about the kind of cinema they discovered – or rediscovered – thanks to Laceno. And talking about their future projects, above all. We had a chat with Martín Solá, an Argentinian documentary film director and author of Metok, La familla chechena and Hamdan, who received a special mention at Festival dei Popoli in 2021.

Laceno d’Oro Festival is currently working on its 2022 edition: you’ve already been among our guests; do you have special memories of the festival?
I remember the pleasure of meeting people, being with the directors. But also talking about cinema and attending meetings. I remember watching interesting movies; but what particularly struck me was the environment, the atmosphere, which is essential to me: eating with strangers, getting to know each other, drinking, and talking with others, “feeling” cinema.

Which one of your works did you present to our festival audience?
La familia chechena (2015): a documentary which explores the mystical experience of Sufi Muslims in Chechnya. I choose to show dances, mystical-religious rituals, with an immersive gaze into the spirituality of the world.

How would you describe the kind of filmmaking and films you found at Laceno d’Oro, and what do you think they have in common with your art?
I was a member of the jury in 2018, the same year Júlio Bressane, an important Brazilian director, and Stéphane Brizé, an author closer to mainstream dynamics, were attending the festival. The official competition, including the documentary section, showed a more independent cinema. There is a peculiar kind of diversity within Laceno d’Oro offer: you have the opportunity to approach both a kind of moviemaking closer to the public and auteur cinema as well. Keeping this balance within a festival, as in art, is extremely interesting.

What are you working on right now?
I just completed Metok (2021), a documentary on a nun’s journey to Tibet and her returning home; the film is currently following its path of distribution and festivals screenings, and soon it will be available in France. My next project differs from the previous ones because it has to do with fiction. A somewhat personal topic since it is about an old passion of mine, even if long abandoned: surfing the ocean waves.

PrevPreviousFederico Gianotti, director of the short-movie Continuity of Grace
NextMauro Santini: Diary of a festivalNext