Interview with Danilo Monte, director of the short film 2061 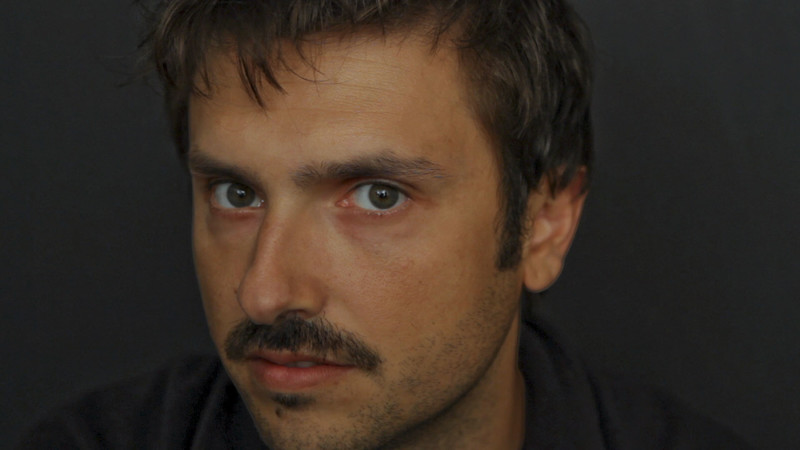 Tell us about your artistic path

At the end of the nineties, I was lucky enough to meet and work with Alberto Grifi, the bad maestro of Italian cinema. I tried to absorb his precious lesson: it is not so much the film, as a finished product, that counts, but the changes you put into effect in the making. Starting from video-activism in the years following Genoa 2001 and studying at the Dams, in Bologna, I approached documentaries in a natural way. For several years, I worked on a series of autobiographical films focused on family relationships as a common element of research. I started with Memorie: during a long train journey to Auschwitz, I confront my brother and the repressed memories related to our family. This human and cinematic journey continued with Vita nova in which, together with my wife Laura, we talked about our first attempt at assisted insemination. Nel mondo, on the other hand, is the final film of this trilogy, focused on the first year of our son Alessandro, and on us becoming parents.  Today I pursue an idea of essential filmmaking which, starting from realism, will be able to make me and the public embark on an intense and startling spiritual journey.

I was looking for a location for a fictional film that I am writing, and I came across the Turin area that hosted the International Labor Exposition, ITALY ‘61 in 1961. On the centenary of the unification of Italy, an entire neighbourhood was built to celebrate, through futuristic works, the progress and well-being of Italy during the economic boom. In addition to Palazzo del Lavoro designed by Pierluigi Nervi, a monorail was built, and a pavilion housing a 360° projection of Italian beauties, produced by Walt Disney and Fiat, as well as a chairlift and various other attractions. In the peak year of immigration from South to North Italy, the whole country went to visit ITALIA ’61, as proven by the several images from the Superottimisti family film archive I used in 2061, the short film I’m presenting at the Laceno D’oro. From these images, you can perceive the trust in the possibilities for improvement that the future would hold for Italians and the industrialized world in general. Today, what’s left of that promise of progress and well-being is just rubble, the Palazzo del Lavoro is in a state of neglect and the monorail track stops abruptly a few meters from the platform, as if suggestion the idea of a progress that was supposed to be endless, has come to terms with a profoundly changed social and economic reality. I found myself wandering in the desolation of what remains of ITALY ’61, and in the same period I met Mohamed Amine Bour, a young Moroccan poet I thought could be starring in my movie. Then I thought that he could perfectly embody the disillusionment that migrants face when they arrive in the West, where a supposed paradise turns into a hell of loneliness and extreme social competition. Amine is a boy who came from afar who, wandering among the rubble of ITALIA ’61, recites one of his poems, in which he reminisces about family memories so different from the desolate reality he’s facing. All these images made me want to make a movie that is suspended in time, which inhabits an abandoned space where the only lifeline are the memories of a time that no longer exists.

I don’t have a clear opinion, the changes that occurred since I was born have been too sudden to figure out and digest. I believe that the possibility of finding the underlying cause of things has been lost forever and that our amazingly fast and superficial wandering between different areas of life will lead to a radical anthropological change. But now, I don’t know which direction this will take, I’m just acknowledging my bewilderment for several things that I find myself going through, including cinema. I don’t believe that film showing must take place in theatres at all costs: when I see a film, I hope it will turn into an opportunity (even annoying) to experience intense emotions that can challenge my certainties. Whether this happens in theatres, at home or on a train, it doesn’t matter. The problem remains how, where, and when we can meet other people, in a world where personal freedom has turned into individualism, and therefore into profound solitude. In this time of reflection, I began to appreciate again the things I took for granted, but once we leave the house where do we go? Who are we talking to? What do we say? I really don’t know. I’m just witness of a time that goes by too quickly, when “making films” helps me not to lose an unstable personal balance.

Submissions for the contest 2022 are officially open