Road to Festival – An interview with Samuele Sestieri, director of Lumina – OUT OF COMPETITION 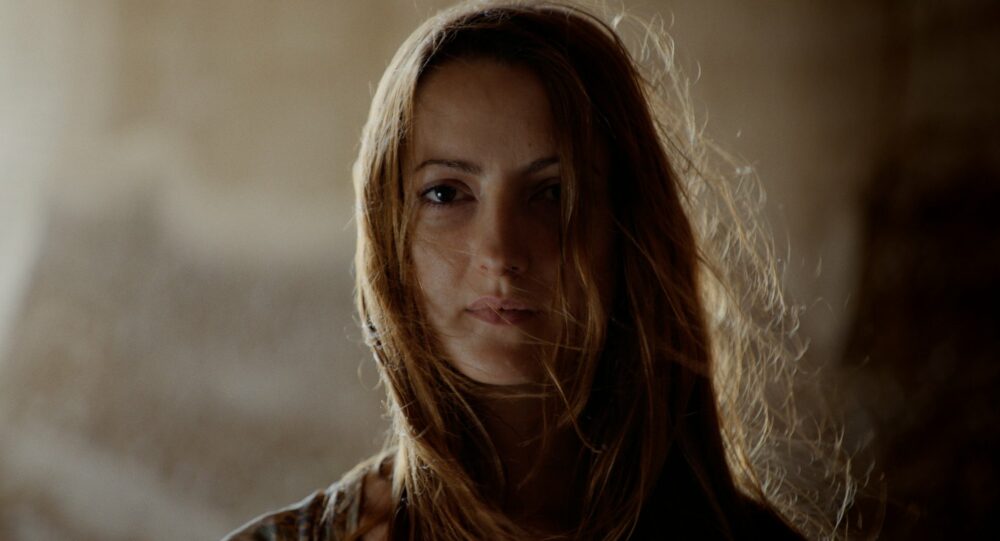 LACENO D’ORO – OUT OF COMPETITION
An interview with Samuele Sestieri, director of Lumina

Among the ruins and rubble of a lost world, of distant and forgotten places, a woman wanders alone; she has a gift: perceiving memories of abandoned things – as archaeological finds of human History which is both collective and private, made up of individual faces and feelings – and giving them new energy, illuminating them. Thus, thanks to a smartphone put back into operation, the woman redisco-vers love. In a nutshell, this is the plot of Samuele Sestieri’s latest film, first premiered at Rotterdam Film Festival and then screened at Pesaro Film Festival. Lumina is a complex film device, a sugge-stive kaleidoscope leading us across a universe where cinema reclaims its goal of reflecting on our times, be they present, past or future. So the movie takes peculiar paths, as if following a little Alice through the looking glass… We talked about it with the director.

DF: At first glance, Lumina could be defined as a sci-fi, apocalyptic film – an absolutely topical genre in nonfiction, series, and cinema in general – yet in the movie there seems to be an ongoing rethinking of this genre, as if playing with film language and walking on the edge, between the interstices, leaving room for dreamlike, fairy-tale allusions that – beyond dystopia – reminds us of the adventures of Alice in Wonderland or Dorothy in the Wizard of Oz. On top of it, there is an uninterrupted meta-cinematographic processing that takes us even further. How did you conceive such a unique structure?

SS: Originally, with Pietro Masciullo, we conceived a science fiction story, but then this reference gradually faded, making room for something else. Furthermore, to me the rubble, this world in ruins and the waste spewed from the sea, are like objective correlatives of the main character’s feelings, metaphors for an interior landscape. To me ruins are like feelings, a state of mind. And here, therefore, science fiction has slowly given way to dreams and fairy tales, to the learning journey of the heroine looking for her own identity. We were interested in depicting her, the main character (Carlotta Valda Mei) and the path she takes while rediscovering a world, the human one, in its most intimate twists and turns.

DF: What’s interesting about Lumina is that in the movie an electronic device, a smartphone, makes it possible to rediscover humanity, whereas in other famous dystopian narratives – ma-sterpieces such as Huxley’s Brave New World or Bradbury’s Fahrenheit 451 – this acknowled-gment occurs through books, thanks to written words. Your film, however, takes a step forward in making humans (re)discover themselves through evanescent, digital images…

SS: Exactly, what you say is very interesting because it is the whole point of my film. The cellphone and the technologies reactivaded by the main character make analog memories and tangible drives resurface too; thanks to the smartphone she can learn again through images, but quickly this is not enough for her. Digital memories, together with the observation of love and intimacy of other people, make her aware of her own body, aware of things like carnality, desire, and love.

DF: This leads us to reconsider the video itslef, as if rethinking the images we constantly create. These images are probably urging us to value the things we capture daily with our smartphones, but also to rediscover archives and videos from our families, private footages and memories.

SS: Yes, and this is the whole point of filmmaking: to constantly remind us we are connected to a shared memory which is private and individual at the same time. Today, this is even more important due to this over-production of images. The question we asked ourselves and the question the film asks is: “What’s the difference between cinema – the first moving picture in History – and the videos we interact with on a daily basis?”. The answer is that Cinema keeps us connected with History. And, as experienced by the movie’s main character, Cinema – although increasingly digital in its attitude – still manages to reawaken analog feelings and memories in us.

Submissions for the contest 2022 are officially open

PrevPreviousThe “Laceno d’oro” for Lifetime Achievement to director Elia Suleiman
NextInterview with Benjamin Laabmayr, director of the short film, A Dog You Are.Next